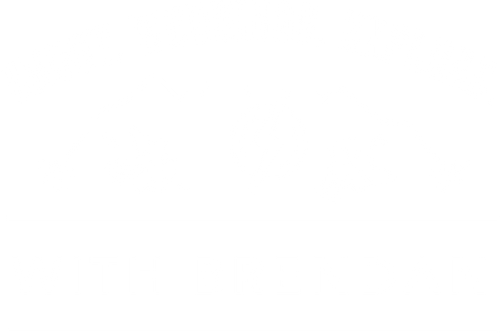 If you didn't know already I recently started a new series called #HistoryWithBrendan on my Instagram (@ExploreWithBrendan) which shares a little bit more history about the places I visit rather than just sharing pretty pictures (There's plenty of those too though), so I thought why not transfer that over into a blog format so it's all in one lovely history shaped bundle. The places I visit have such a wealth of information & history about them so I think sharing that with others makes the whole journey worthwhile. One of life's great commodities is being able to learn something new everyday, you will never know it all but it's great to start somewhere.

Down near the west coast of the Scottish Highlands, not far from the bridge that takes you over to the Isle of Skye you'll find the picturesque Eilean Donan Castle which is the focus of this #HistoryWithBrendan Blog. Eilean Donan is a small tidal island where three sea lochs meet, Loch Duich, Loch Long and Loch Alsh. Since the castle's restoration in the early 20th century, a footbridge has connected the island to the mainland. The castle was founded in the thirteenth century, and became a stronghold of the Clan Mackenzie and their allies the Clan MacRae. In the early eighteenth century, the Mackenzies' involvement in the Jacobite rebellions led in 1719 to the castle's destruction by British government ships. Lieutenant-Colonel John Macrae-Gilstrap's twentieth-century reconstruction of the ruins produced the present buildings. With history dating all the way back to the 6th century this blog is going to delve deep into that history & pick out some interesting facts for you.

It is possible that an early Christian monastic cell was founded on the island in the 6th or 7th century, dedicated to Donnán of Eigg, an Irish saint who was martyred on Eigg in April 617. No remains of any Christian buildings survive, though fragments of vitrified stone, subjected to very high temperatures, have been discovered indicating the presence of an Iron Age or early medieval fortification. The origins of the castle however come In the earlier thirteenth century, during the reign of Alexander II (ruled 1214–1249). A large curtain-wall castle was constructed that enclosed much of the island. At this time the area was at the boundary of the Norse-Celtic Lordship of the Isles and the Earldom of Ross: Eilean Donan provided a strong defensive position against Norse expeditions. A founding legend relates that the son of a chief of the Mathesons acquired the power of communicating with the birds. As a result, and after many adventures overseas, he gained wealth, power, and the respect of Alexander II, who asked him to build the castle to defend his realm.

At a later date, the island became a stronghold of the Mackenzies of Kintail, originally vassals of William I, Earl of Ross. At this early stage, the castle is said to have been garrisoned by Macraes and Maclennans, both clans that were later closely associated with the Mackenzies. Traditional Mackenzie clan histories relate that Earl William sought advantage from the Treaty of Perth of 1266, by which King Magnus VI of Norway ceded the Hebrides to Scotland, and demanded that his kinsman Kenneth Mackenzie return the castle to allow his expansion into the islands. Mackenzie refused, and Earl William led an assault against Eilean Donan that the Mackenzies and their allies repulsed. The Mackenzie clan histories also claim, that Robert the Bruce sheltered at Eilean Donan during the winter of 1306 to 1307 but there is no real evidence of this. The castle escaped any other involvement in the Wars of Scottish Independence.

Side Note: The Wars of Scottish Independence were a series of military campaigns fought between the Kingdom of Scotland and the Kingdom of England in the late 13th and early 14th centuries. The First War (1296–1328) began with the English invasion of Scotland in 1296, and ended with the signing of the Treaty of Edinburgh–Northampton in 1328. The Second War (1332–1357) began with the English-supported invasion by Edward Balliol and the 'Disinherited' in 1332, and ended in 1357 with the signing of the Treaty of Berwick. The wars were part of a great crisis for Scotland and the period became one of the most defining times in its history. At the end of both wars, Scotland retained its status as an independent state. The wars were important for other reasons, such as the emergence of the longbow as a key weapon in medieval warfare.

Between the 15th & 17th centuries there was a lot of clan feuding which lead to many deaths of both the earls & wardens that were garrisoned & lived in Eilean Donan, this meant it changed hands many times. During the 17th century though The Rev. Farquhar Macrae, son of Christopher Macrae, was born at the castle in 1580. After attending Edinburgh University and taking holy orders, in 1618 he was appointed constable of the castle and minister of Kintail on the death of Murdoch Murchison. Colin Mackenzie of Kintail was made Earl of Seaforth in 1623. He lived mainly at Chanonry of Ross in Fortrose, but made regular visits to Eilean Donan where the constable was required to entertain him and his retinue of between 300 and 500 retainers, as well as the neighbouring lairds. In 1635 George Mackenzie, 2nd Earl of Seaforth, appointed Farquhar as tutor to his six-year-old son Kenneth, who was subsequently raised at Eilean Donan.

In the civil wars of the mid 17th century, the Earl of Seaforth sided with Charles I. In 1650, after the king's execution, the Parliament of Scotland ordered a garrison to Eilean Donan. The local people did not welcome the garrison. When a party of 30 soldiers came out from the castle to request provisions from the local people, a band of 10 men who opposed their demands met the occupiers. An argument broke out, which led to the garrison men being driven off with several casualties. Shortly thereafter the garrison departed. The following year the Earl's brother, Simon Mackenzie of Lochslin, gathered troops for the royalist cause around Eilean Donan. For reasons unrecorded, he fell out with Farquhar Macrae and demanded his removal from the castle. Farquhar initially resisted, and despite interventions by the young Kenneth, had to be marched out by Lochslin and George Mackenzie (later Earl of Cromartie). He was finally persuaded to leave without violence, stating that he was too old to dwell in the cold castle. Farquhar was thus the last constable to dwell in Eilean Donan until its reconstruction, although he retained the ministry of Kintail until his death in 1662, at the age of 82.

In 1689, King James VII of the House of Stuart was declared to have to forfeit the throne, and the crown was offered to William of Orange, in the so-called "Glorious Revolution". The revolution also established Presbyterianism in Scotland, although the Highlands generally remained Roman Catholic and loyal to the Stuarts. A series of Jacobite risings followed, leading to an increased military presence in Scotland as government forces attempted to penetrate and subdue the Highlands. In 1714 while surveying fortifications for the government, the military engineer Lewis Petit made the only surviving drawing of Eilean Donan. The sketch-elevation and carefully drawn plan show a dilapidated castle, largely roofless but for a small building by the entrance.

A major Jacobite uprising took place in 1715. Led by the Earl of Mar, it was an attempt to restore the exiled James Stuart, the "Old Pretender", to the throne. William Mackenzie, 5th Earl of Seaforth, joined the Jacobite army, leading out men of the Clan Mackenzie and Clan Macrae. The Macraes mustered at Eilean Donan, and are said to have danced on the roof of the castle before setting out to the Battle of Sheriffmuir where 58 Macraes were among the Jacobite dead. The battle was indecisive and the rising collapsed soon after.

Following the failure of the rising of 1715, the Jacobites found new support from Spain, now opposing both Britain and France in the War of the Quadruple Alliance. The Duke of Ormonde led the main invasion fleet from Spain, while an advance party of 300 Spanish soldiers under George Keith, 10th Earl Marischal, arrived in Loch Duich in April 1719, and occupied Eilean Donan Castle. The expected uprising of Highlanders did not occur, and the main Spanish invasion force never arrived. At the beginning of May, the Royal Navy sent ships to the area. Early in the morning on Sunday 10 May 1719 HMS Worcester, HMS Flamborough and HMS Enterprise anchored off Eilean Donan and sent a boat ashore under a flag of truce to negotiate. When the Spanish soldiers in the castle fired at the boat, it was recalled and all three ships opened fire on the castle for an hour or more. The next day the bombardment continued while a landing party was prepared. In the evening under the cover of an intense cannonade, a detachment went ashore in the ships' boats and captured the castle against little resistance. According to Worcester's log, in the castle were "an Irishman, a captain, a Spanish lieutenant, a serjeant, one Scotch rebel and 39 Spanish soldiers, 343 barrels of powder and 52 barrels of musquet shot." The naval force spent the next two days and 27 barrels of gunpowder demolishing the castle.

Side Note: The Jacobite risings, also known as the Jacobite rebellions or the War of the British Succession, were a series of uprisings, rebellions, and wars in Great Britain and Ireland occurring between 1688 and 1746. The uprisings had the aim of returning James II of England and VII of Scotland, the last Catholic British monarch, and later his descendants of the House of Stuart, to the throne of Great Britain after they had been deposed by Parliament during the Glorious Revolution.

After nearly 200 years of being destroyed between 1919 and 1932, the castle was rebuilt by Lt. Col. John MacRae-Gilstrap. The restoration included the construction of an arched bridge to give easier access to the island. Macrae-Gilstrap also established a war memorial dedicated to the men of the MacRae clan who died in the First World War. The memorial is adorned with lines from John McCrae's poem "In Flanders Fields", and is flanked by grey field guns from the war. Eilean Donan was opened to the public in 1955, and has since become a popular attraction. In 1983 ownership of the castle was transferred to the Conchra Charitable Trust, established by the Macrae family to maintain and restore the castle, and a purpose-built visitor centre was opened on the landward side of the bridge in 1998.

The castle is regularly described as one of the most photographed monuments in Scotland, and is a recognised Scottish icon, frequently appearing on packaging and advertising for shortbread, whisky and other products. Eilean Donan has made several appearances in films, beginning with Bonnie Prince Charlie in 1948 and The Master of Ballantrae in 1953. The castle was the setting for the 1980 short film Black Angel, filmed to accompany screenings of The Empire Strikes Back in cinemas. It featured prominently in Highlander (1986) as the home of Clan MacLeod, was backdrop to a dance scene in the Bollywood movie Kuch Kuch Hota Hai in 1998, and served as the Scottish headquarters of MI6 in The World Is Not Enough in 1999. In Elizabeth: The Golden Age Eilean Donan stood in for Fotheringhay Castle in England. In the movie Made of Honor Eilean Donan can be seen as home of the groom's family & that's your fill of history for today, hope you enjoyed the read, if you want to learn any more about the castle be sure to check out it's website https://www.eileandonancastle.com/ & make sure to add it to your list of must visit castles, shes a beauty as you can see from my photo's below.